Another great KitSound product, music to our ears! 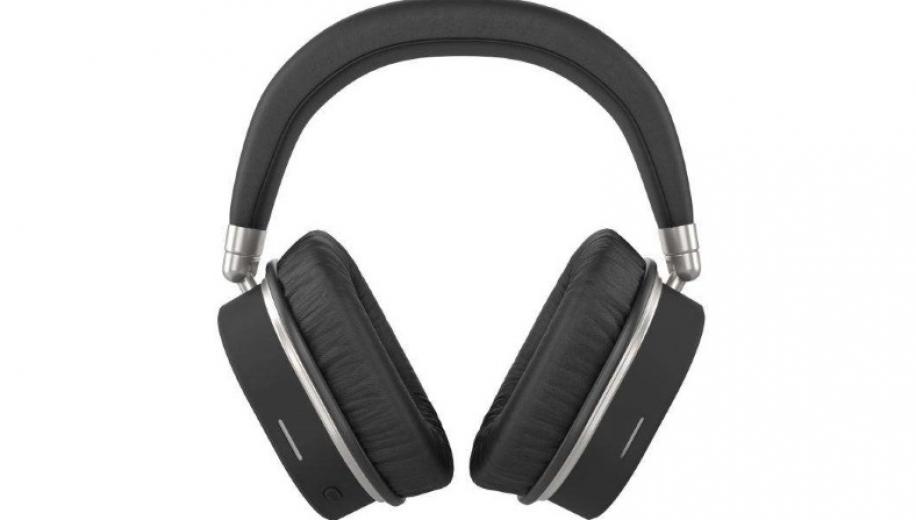 What are the KitSound Immerse 75 Wireless Headphones?

We’ve reviewed several products from the award-winning British brand KitSound here at AVForums. It was a brand relatively unknown to us prior to our first review of their well performing Reunion wireless speakers back in 2017, but they have been featured on AVForums as far back as 2013 and around as a brand since 2007. Our most recent KitSound review was for their excellent District Bluetooth headphones, which featured wireless charging for £99.

Our review today from KitSound is another pair of wireless headphones. Available for under £80, the KitSound Immerse 75 features Active Noise Control, play time of up to 15 hours, voice integration with Siri and Google Voice, 40mm drivers and Bluetooth 5.0. Given our positive experience with KitSound products over the years we hope the Immerse 75 continues to impress. Read on to see how it performs in our review...

What about the Design and Controls?

As we’ve seen with most of our headphone reviews, including the recent budget Groov-e Zen set, design wise they all tend to follow a similar theme. Here, the Immerse 75 doesn’t stray too far from that them with an almost all black design, but they do feature a dark grey trim (also available in rose gold) around the earcups and to the base of the head band to give it a slight edge on the all black competition. Other than that, they are very plain with no branding to the earcups, just the KitSound KS logo on the side of the headband. The Immerse 75 feature a pair of very soft ear pads, a rubberised plastic feel to the exterior and a soft cushioned rubber to the whole of the headband, which is adjustable to cover most head sizes. Weighing in at 232g they are lightweight and, coupled with the swivel earcups and the cushioning, they do feel very comfortable even after a long session.

Out of the box we get a rather fancy black velvet carrying pouch, 3.5mm audio cable and micro USB charging cable.  All the controls and connections are on the right headphone, with the left completely clean. To the right headphone we have the multi-function button (MFB), volume up/down and previous/next song buttons, led indicator, micro USB charging port, microphone, ANC led indicator and the ANC button. The multi-function button incorporates the Bluetooth pairing function, voice control and all the call handling features. With the more modern Bluetooth 5.0 featuring the Bluetooth Low Energy standard it should result in reduced power usage and longer battery life. Version 5.0 also sees the dual audio feature which allows you to play audio on two connected devices at the same time, although this isn’t widely available on a lot of smart phones yet. 5.0 also brings aptX audio compression, although this is not supported on the Immerse 75.

Bluetooth devices, unless they are specifically trying to be difficult (and there are definitely some that try their hardest to be!), are usually a piece of cake to setup. You turn it on, press a button and connect to it in your smart device’s Bluetooth settings.  Here with the Immerse 75 it is no different, with a simple press of the MFB for 4 seconds, the LED starts flashing white and you can then connect to it from your smart device. The MFB is similar to other wireless headphones we’ve reviewed with different functions accessed via different length of presses of the button. In addition to the initial pairing function, holding the MFB for 5 seconds will delete all pairing records, allowing you to set it up again. Holding the MFB for 1 second activates the Siri or Google voice features, a quick press will pause or play the current track and a long press of around 4 seconds will turn the headphones on and off. A quick press of the volume up/down and previous/next song buttons will change the volume and a longer press will change the track.

In practice, we found this to work very well, it does take some getting used to and you will occasionally turn the headphones off completely when you are trying to change track but it quickly becomes second nature. We do wonder going forward just how many features they will try and get away with fitting in a single button. Unlike with our previous headphone reviews, with the Immerse 75 disabling the active noise cancelling doesn’t appear to make them sound like a load of rubbish. Thankfully, the audio quality appears the same, so for those that do not like ANC, you can easily turn it off and not suffer any negative effects.

Available for under £80, the Immerse 75 can’t be considered a budget set but, conversely, aren’t amongst the higher end or overpriced branded sets. We were very impressed with the audio quality testing with sources such as Amazon Music, YouTube, Podcasts and with tracks such as the new James Bond theme by Billie Eilish, Lewis Capaldi’s excellent Someone You Loved and heavier rock tracks such as Sound of Silence by Disturbed and Back In Black by AC/DC. Across the board we had no reason to complain with an excellent bass and treble level creating an all-round high-quality sound. The bass level was about spot on, if we were being picky it was very slightly booming in some bass heavy tracks, but this was not the norm.  Voices and finer details were crisp and clear.

The volume levels are spot on and the audio quality holds up even at maximum volume which is almost too loud to be comfortable. You do get a warning beep when pushing it to maximum volume to remind you to be kind to your ears! The battery life was quoted at 15 hours and we found it to exceed this, plus they do charge in around 2 ½ hours.

The Immerse 75 Wireless Headphones with Active Noise Cancelling from KitSound are available for around £80 and offer a lot for the money. Being lightweight with very soft ear cups and a cushioned headband, they are very comfortable to wear. The battery life is excellent and the multi-function features such as call handling and changing tracks/volume are fairly easy to use when you get the hang of it.  The ANC works very well keeping out unwanted exterior noise whilst not being detrimental to the audio quality if you decide to disable it.

The audio quality is superb for the price with no complaints across the board with an excellent volume level, minimal distortion at maximum volume and excellent vocals. The treble and bass levels were also about spot on. The set does feature Bluetooth 5.0, although doesn’t support aptX.

In the £80-100 price range, there are plenty of alternatives. From the fancy looking Cowin E7 Pro at £85 to the Lindy BNX-60 at £75 and BNX-100 at £99 that both feature aptX support along with numerous other alternatives. But based purely on our positive experiences with KitSound’s Immerse 75, we are happy to award it the AVForums Recommended award.