Christian Bale and Matt Damon feel the need for speed 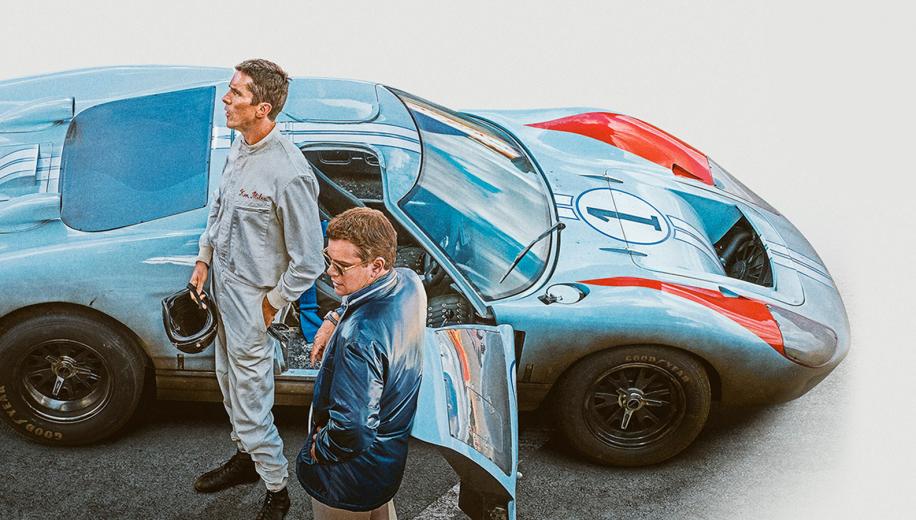 Six years after Ron Howard’s Niki Lauda-James Hunt drama Rush, and almost a decade after the critically-acclaimed Senna by Asif Kapadia comes Le Mans ’66, a film about one of the most famous motor races and two of the most famous names in the driving world – Ford and Ferrari.

First off, the UK name of the film (it’s titled Ford v Ferrari in the US) might be considered a little misleading, since only the final third or so is dedicated to the infamous clash between the two racing teams at the world-famous endurance race. Most of the film involves ramping up the tension and rivalry between the two houses: Ferrari, iconic and long-established, and Ford – in this case, the emerging underdog.


Much like Le Mans itself, the film is long – but it’s easy to ignore the run-time if you allow yourself to get caught up in the rivalry, lovely visuals, speedy pacing and fascinating characters

The film, although obviously ostensibly about racing, is actually a quite in-depth character piece, all about the two men at the heart of this story – automotive designer Carroll Shelby (Matt Damon), and Ken Miles (Christian Bale), a professional driver.

Damon and Bale are great to watch, and ensure that even those not interested in the world of racing can enjoy an entertaining buddy movie, if nothing else. It really isn’t just for racing diehards, either; this really is a fascinating story of rivalry, pride, drama and the little guy taking on Goliath, and it’s well acted, well written and well directed.

Much like Le Mans itself, the film is long – but it’s easy to ignore the run-time if you allow yourself to get caught up in the rivalry, lovely visuals, speedy pacing and fascinating characters.

The film speeds along, thanks to some crisp storytelling by director James Mangold (Logan, 3:10 to Yuma). The contrasts between all the characters are played off perfectly, interspersed with some exciting race action and plenty of back and forth dialogue that’s the perfect blend of fact, artistic impression and dry humour.

It’s a testament to Mangold’s skill and the screenplay (by Jez Butterworth, John-Henry Butterworth and Jason Keller) that the film actually makes a credible and authentic-feeling effort of making Ford – Ford! – out to be the minnow.

There’re also lots of beautiful visuals – the races, in particular, are stunning, with perfectly realised crowd shots and genuinely exciting racing sequences – and atmospheric and immersive sound that makes this well worth a watch in IMAX to get the full effect.

Damon is typically charming as Shelby, while Bale does a characteristically bristling job of bringing the apparently grouchy, difficult and impulsive Miles to the screen. Elsewhere, Henry Ford Jr is excellently portrayed by Tracy Letts, while Josh Lucas is effectively slimy as assistant Leo Beebe. The Lee Iacocca (a short-changed Jon Berthal) role that many familiar with this story would have assumed pivotal, is actually quite underwhelming, though no one is given less to work with than Caitriona Balfe as Mollie, Miles’s wife. Perhaps unsurprising for a film about motor racing, and particularly of this time, there’s virtually nothing for any female character to do.


This really is a fascinating story of rivalry, pride, drama and the little guy taking on Goliath, and it’s well acted, well written and well directed

The film’s victory lap really comes in the final third, when we get to watch the titular race unfold. There will no doubt be comparisons to Steve McQueen’s 1971 Le Mans, which remains one of the most loved and impressive translations of the rush of motorsport, and while Le Mans ’66 is perhaps not quite as authentically engaging in its racing scenes, it’s a really interesting and entertaining film that packs in more than just shots of cars going fast.

The actual sequence of Le Mans itself does lean a little into cliché – for example, there wasn’t a big crash at the 1966 race in real life, but the film of course has to flex its CGI muscles to show us a metallic smash. And away from all that, there’re loads of top performances from across the cast and ruminations on trust and friendship and passion to bask in.

This film doesn’t, for want of a better phrase, reinvent the wheel, but it’s still fun and engaging and entertaining. Sure, it doesn’t particularly push any boundaries or take many of the big risks its lead characters might, but Le Mans ’66 is thrilling – you forget about any racing film tropes you might be passing as you speed past them in the passenger seat of a zooming car. There might be some wheel-spin and lock-ups, but otherwise, this film is great to look at, effectively entertaining, and (pun intended) a fabulous star vehicle for Bale and Damon that passes the finishing line with aplomb.