Explore a creepy ghost ship in the new horror adventure from the makers of Until Dawn. 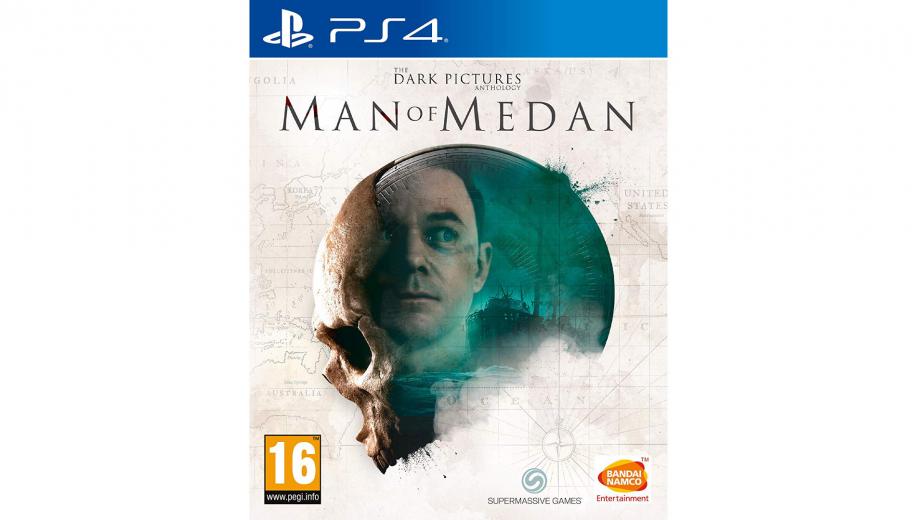 Horror games are notoriously difficult to get right. All too often, we see an over-reliance on cheap jump scares and while that might be enough for a YouTube audience who just want to see their favourite online celebs pretend to be scared, it tends to lose impact pretty quickly. That's why the best games in the genre are often those that manage to deliver more authentic scares, whether it be through incredible atmosphere and world-building as in Dead Space, restricting character movement and vision like in early Resident Evil, or by having something terrible stalk the player like the Xenomorph in Alien Isolation. Man Of Medan makes great use of all these techniques and more, but it also has a unique quirk all of its own that makes the experience all the more affecting.


A game that puts player choice front and centre You see, Man Of Medan is a game that puts player choice front and centre. Everything from character personalities and relationships to story beats can be influenced, for better or for worse, by what you decide to say and do with each of the main characters. As such, there's a level of attachment to some of these characters that serves to elevate tension levels drastically – the closer the bonds that you cultivate between them grow, the worse the fear of potentially losing one of them to one of the game's many life-or-death situations. You're invested in every single choice and that sense of investment and involvement only grows as the story goes on.

Said story is actually a fairly simple one, at least on paper. A series of unfortunate events (just how unfortunate is ultimately up to you) leads a group of friends to become stranded on what appears to be a ghost ship, and the majority of the game takes place on this derelict vessel. But that feeling of responsibility for these characters raises the basic narrative setup to new levels, and your decisions can take the story to some very dark, very strange, and very creepy places, both knowingly and otherwise.

Man Of Medan is a stunning game visually, both technically and artistically. On the tech side, character models are detailed and realistic, not entirely surprising given that Supermassive Games had actual actors lend likenesses and performance to bring the game to life. You might recognise one or two of them (most likely Shawn Ashmore – Iceman in the X-Men movies – as the wisecracking Conrad) but everyone turns in solid performances, especially considering the branching nature of the story and how many different, often conflicting takes it must have required to put it all together. It's extremely similar in tone and structure to the studio's previous release, Until Dawn, so if you enjoyed that, you'll undoubtedly be in your element here. Then, we have the artistic side, and Man Of Medan is no slouch on that front, either. It's hard to overstate the importance of good lighting in horror, and Supermassive absolutely nailed it here. The game uses somewhat fixed camera angles, which creates a kind of fusion of the tension of not knowing what might lurk around the corner (a la early horror games like the original Resident Evil games), and panning cinematic shots taken straight from the Hollywood cinematography playbook and designed to enhance the game's movie-like qualities.

These pseudo-static viewpoints allow for each area to be built more like a movie set than a game level, replete with mystery nooks and crannies that avoid the gaze of the lens and even foreground objects where focus is pulled away from the player character for dramatic effect, a technique rarely seen in gaming but one that works brilliantly. A 'fixed' camera does of course mean there are screen transitions and as is often the case, these can prove fiddly from a control perspective from time to time, but it's rare enough that the benefits far outweigh the occasional drawbacks.

Choice-based games like this live or die by how well they manage to sell the feeling of being in control of the narrative flow, and Man Of Medan carries itself well here. Dialogue options are refreshingly well signposted to avoid the common frustration of picking one option and having the character do or say something completely different – choices are offered in full and even have icons representing whether these lines and actions might come from the head or from the heart, making it easier to react to situations in the way you wish or that you feel each character might.

It's impressive how differently each scene can play out, and even seemingly minor interactions can have major repercussions later on. These key events are tracked in the Bearings menu, which plays into the nautical theme to serve as a literal moral compass and let players know which actions might be turning the tide, not unlike Telltales prevalent use of openly stating that a character 'will remember that' in response to a crucial diverging point in the action. As in Until Dawn, this system is backed up by a handful of collectables that offer premonitions, brief glimpses of a possible outcome in the future that might also sway some of your decision making, if you can follow what they're trying to tell you.


Builds on Until Dawn's mechanics well System-wise, Man Of Medan builds on Until Dawn's mechanics really rather well. The old 'don't move' mini-game where players just needed to hold the controller still during hiding sequences is replaced with a more stressful but less exploitable one where button presses need to be made to match the character's racing pulse, while the frequent QTE button sequences feel a little more forgiving in general. Well, perhaps 'forgiving' isn't the right word when failure can still lead to character death on occasion, but accessibility options to disable the sometimes really quite strict timers on these or to auto-complete button-mashing ones just by holding make it so that lightning reactions and controller knowledge aren't required to fully enjoy the story and get a decent outcome.

It's highly likely that you'll lose someone on your first playthrough, but the relative brevity of the game and the way scenes can change so substantially makes it ideal for multiple playthroughs – in a brilliant twist, you can even round up a few friends and take control of one or more characters each in the ingenious pass-the-pad Movie Night mode.

Man Of Medan is billed as the first horror short in The Dark Pictures Anthology, and it's safe to say that this new series is off to a fantastic start. Refinements to the studio's tech deliver a structure and engine fit to power a collection like this (especially with a few tweaks between releases), and the game itself is an entertaining choose-your-own-adventure horror movie with some fantastic twists and turns, most of which are dictated by your own decisions.

Movie Night mode is a fantastic and novel way to experience a story like this together and shape it in whatever wonderfully chaotic way you each choose to play your roles. But even playing alone, the branching storyline and pursuit of the best (and possibly worst) outcomes for the group make this a game with the potential to last well beyond its regular runtime. Couple that with the mid-price RRP and The Dark Picture Anthology looks set to be onto a winner if this debut is anything to go by.

Bloodstained: Ritual Of The Night Review