Your mission: watch one of the best summer blockbusters of the year 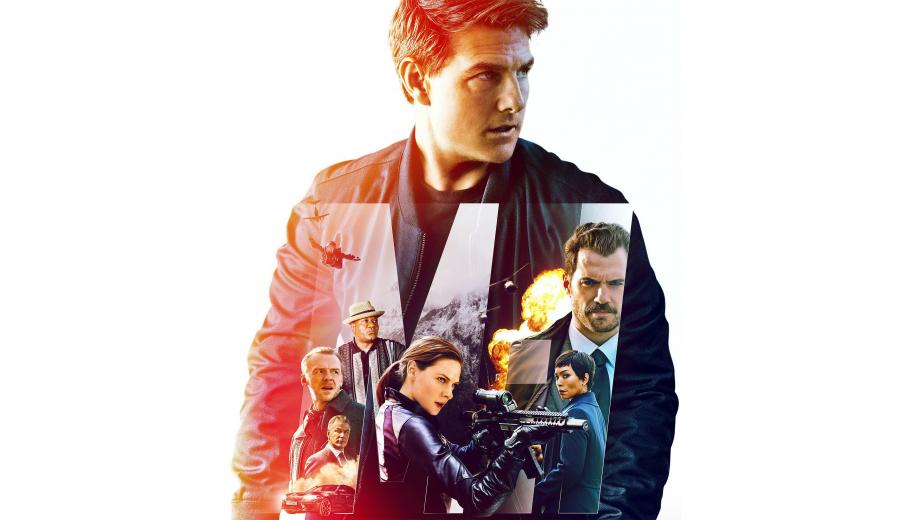 A superb sequel to the tremendous Rogue Nation, the Mission: Impossible series gets better and better, with Fallout one of the best summer blockbusters of the year.

The surprisingly superior antidote to the increasingly disappointing Bond franchise, the Mission: Impossible films have always enjoyed a different flavour from one to the next courtesy not of the changing star - with Tom Cruise remaining the lynchpin of the franchise - but of the Director.

Introducing us to a life beyond the IMF for Cruise's lead agent Ethan Hunt, courtesy of Michelle Monaghan's loving wife, we knew - despite the ending of Mission: Impossible III, that this wasn't going to end well, with the fourth film, originally slated to be directed by Abrams but instead marking the live action debut of Brad Bird, putting Hunt and his team into a tailspin, with his wife missing - initially assumed dead - and Hunt himself having no degree of closure.

It also gave us the first hint of the IMF's main antagonists from the original source TV series - The Syndicate. Originally written as a mafia organisation, Rogue Nation pitched them front and centre as a far more relevant and deadly modern threat, a so-called anti-IMF led by Sean Harris' vicious Solomon Lane.

After supposedly neutralising the Syndicate, with the help of Rebecca Ferguson's British spy Ilsa Faust, and his usual team of loyal followers (including Simon Pegg's tech expert Benji and Ving Rhames hacker Luther Stickel, all under the watch of Alec Baldwin's new IMF secretary) Hunt assumed that the threat was contained. He assumed wrong.

Fallout, as you might expect from the titles, details the fallout not only from Hunts’s latest mission, which goes awry, but also from the events of Rogue Nation, with him and his teaming finally forced to face up to the true threat of the splintered former Syndicate group - now known as the Apostles - as captured villain Solomon Lane comes back into focus.

Compelled to take increasingly drastic steps to address the threat, Hunt and his small collection of ever-loyal teammates find themselves not only under attack from the Apostles but also under the scrutiny of their own IMF superiors, with Angela Bassett’s dogged CIA director sending her toughest assassin, Henry Cavill, to oversee the IMF’s actions, even if it means going through Hunt, and Ferguson's Brit spy returning and - once again - leaving you wondering just who's side she is on. Fallout doesn’t merely bound from one spectacular - and spectacularly tense - set-piece to the next, instead fluidly injecting a plentiful bevy of them into the complex narrative of this stunning direct sequel to Rogue Nation, delivering two and a half hours of nail-biting tension and jaw-dropping thrills which leaves you utterly exhausted by the end of it.

Although it’s not the first in the series to be released in IMAX (Ghost Protocol has some of the best scenes ever shot in IMAX), Fallout is the first to get a 3D release, but it’s perhaps a bit of a stretch for the epic spy actioner, which still better suits the larger format IMAX to enjoy its grandest stunts and setpieces. And, boy, are there some fantastic sequences, with Cruise and Co. on an impossible mission to top each last movie, which - ever since they took on the Burj - has required quite some effort.

However, as Hopkins reminded him in the second movie, this isn’t Mission: Difficult; it’s Mission: Impossible, and the words haven’t been forgotten here as we see everything taken to the next level, as he scales, jumps, falls and crashes his way - very literally bone-breakingly- through possibly the most audacious adventure of the lot.

With possibly more time and effort put into the spy plotting and machinations than any other entry - even the first - McQuarrie acquits himself well in delivering a film which builds upon the foundations of its predecessors. And whilst the franchise was never going to reach Tinker Tailor levels of cerebral espionage, it’s far more than what you expect from a summer blockbuster, which is part of the reason why it’s such a great summer blockbuster.

Once again Cruise is front and centre commanding the stage, tasked another impossible mission but also caught up in some Impossible situations, with the story prepared to even explore and address his loyalty to his team, positing it as a great facet to his personality, but not one without a cost. He’s prepared to lose an operation if it means saving his own, because he believes that he can find a way to save the day if not today then tomorrow, and without the loss of life.

The film takes the time for some quieter seemingly throwaway moments, particularly with Cruise and Baldwin, who gets a little more meat this time around, which is keenly juxtaposed with Cavill’s work ethic and perspective, the Man of Steel himself making for a tough bruiser - the hammer to Cruise’s scalpel - an interestingly adversarial counterpart.

It’s also nice that, despite Cruise’s pervasive star presence, every member of the supporting cast gets their moment to shine, from Pegg and Rhames reaping the rewards of their enduring presence in the franchise, to Baldwin and the tough-but-vulnerable Ferguson, who still enjoys undeniable chemistry with Cruise (but gets a run for her money with Monaghan and even newcomer and The Crown starlet Vanessa Kirby). Cavill too relishes a fierce and surprisingly integral presence and Sean Harris still showcases his signature nasal snarls. McQuarrie keeps things twisting and turning at a hell of a pace, with plenty of elements capable of being figured out in advance but for the fact that you simply don’t have time to, leaving you pleasantly blindsided by some of the events.

There's also a sense of genuine consequence, courtesy of investment in the characters, with McQuarrie cleverly building upon the existing foundation from the last few movies and eliciting hitherto an underdeveloped personal angle which makes the tension at times unbearable. It's a bold move; Marvel are the benchmark for this kind of thing, whilst DC are not, and even the unlikely Fast & Furious franchise has rebuilt itself using this technique, but it's something refreshing to see so effectively handled in Mission: Impossible, particularly when the Craig Bond sequels were quite so terrible at it (Quantum of Solace and Spectre in particular), with Fallout seamlessly expanding the scope of Rogue Nation, furthering the character arcs and delivering a continuation to a story which feels both organic and utterly gripping.

McQuarrie also changes the style up a notch from last time, giving Fallout a different flavour from Rogue Nation even though, on paper, they’re by the same director. Hunt is gifted and cursed with both nightmarish dreams and almost equally nightmarish foresight, affording audiences a helpfully visual insight into the way he thinks, and helping further colour the edges around what is undeniably quite a personal journey, one which the franchise has building slowly towards for quite some time.


It'll take quite some effort for the next film to beat this one, but I can't wait to see them try

There’s a great benefit too in allowing plot and character room to breathe in what could have easily been a purely action driven blockbuster, as now that the setpieces suddenly have consequence, you don't feel that you're just bouncing around the globe for the next big stunt, with McQuarrie doubling down on his Rogue Nation diving-driving-biking trifecta with an exceptional middle act heist that snowballs in a similar way, leaving you barely time to breathe as one chase shifts to another organically, whilst raising the stakes at the same time.

Cruise went above and beyond here - we get the actual, painful, after-shot of his breaking his ankle in real life - and the helicopter flying is impressive (although the stunts building up to it are the ones that’ll make your jaw drop), but what's great is that, no matter how indestructible he is, he never feels indestructible in the moment. The series continues to elicit tension from sequences that you should really know the outcome of, by consistently knocking you off guard, whether through a punch or a fall or a jump, and - ignoring the frustrating trailers that give far too much away - there are plenty of surprises along this ride.

Considering we're six films into this franchise, it's astounding that they've managed to build it up to quite this degree, and credit to Cruise and McQuarrie for delivering on all counts. It's not only the best entry in the series, and not only one of the best summer blockbusters of the year (although, admittedly, Infinity War - were it not Part 1 of 2 - would otherwise best it), but also the best of its kind - better than any Bond film of late, or any of the last three Bourne films.

It'll take quite some effort for the next film to beat this one but I can't wait to see them try. This isn't Mission: Difficult, after all, it's Mission: Impossible!