Do you have what it takes to bring down some of the biggest, baddest beasts in gaming? 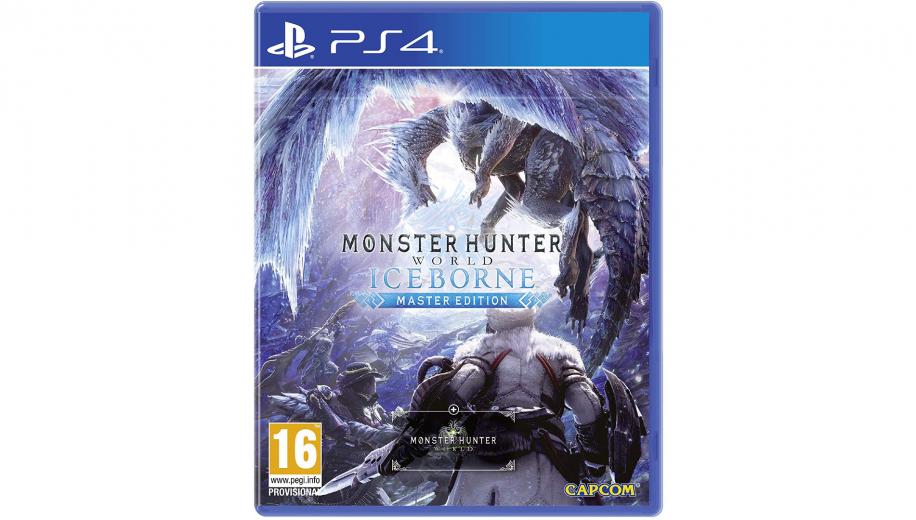 We always had high hopes that Monster Hunter World would finally be the title to deliver the mainstream success the series has always deserved, but would never have dreamed that it might go on to be Capcom's most successful release of all time. By streamlining the game's mechanics and structure to appeal to a broader audience, the team expertly evolved the franchise with World without damaging the core greatness of Monster Hunter. And World was only the beginning of this exciting new chapter for the series, with this massive new expansion taking the game to a whole different level.

Iceborne picks up where the base game left off, bringing with it new areas to explore, plenty of massive creatures to take on, hundreds – if not thousands - of new gear sets and weapons to craft and upgrade, and a brand new endgame loop to add even more longevity to an already near-bottomless experience. Despite being an expansion, Iceborne has more content than most standalone full price games, and that's even before the ongoing support via free updates, something Capcom did a fantastic job with for the base game.

Series fans will be aware of the usual trend to release an updated 'Ultimate' version of mainline games packed with new stuff, and Iceborne is effectively the same thing – the only difference is the release model, with existing World owners able to pick up the expansion on its own while newcomers can grab the whole bundle to get started on their epic hunting adventure. As is typical of those Ultimate releases, Iceborne introduces a whole new difficulty rank on top of all its new content – G Rank, as it was formerly known, is now Master Rank, and the monsters here are more deadly than ever, with new moves and way more health to deliver the ultimate hunting challenge.

Iceborne doesn't mess around, dropping hunters straight into Master Rank quests against brand new threats from the off. As an expansion, it can afford to assume a lot of player knowledge and experience with the game (completion of World's campaign is required to even start Iceborne content) so it doesn't pull any punches. Even the first few monsters hit super hard until you're able to upgrade to some Master Rank gear, so you might want to run a few old quests to refresh yourself on the mechanics before heading out into Hoarfrost Reach.

You'll be heading back to those familiar locations a fair bit too, since the events that set up Iceborne also cause a number of new monsters to emerge, and even the old residents become even more dangerous at Master Rank. The story ping-pongs between new and old areas but after the introductory few missions, you're able to take your time and go after whatever quarry you fancy on optional quests, Investigations and Expeditions. You'll likely need to take a few such detours to gear up, as there are a few tricky monsters along the way, although precisely which cause you trouble will likely depend on your weapon of choice.

On that topic, every weapon's move set has been given an overhaul, with new abilities across the board. The most notable is the universal Clutch Claw, an upgrade to World's Slinger that allows you to grapple onto the monster at will. It's not without its risks as doing so at the wrong time can cause you to eat a massive hit, but successfully grabbing a monster lets you soften up body parts, rip some Slinger ammo off the beast, or even manipulate its movement – there's little more satisfying than sending an annoying monster hurtling into a wall, off a cliff, or even into the path of another charging creature. Many weapons can use this as part of a combo attack, making it a potent way to score extra damage and hunt more efficiently.

Visually, Iceborne's new stuff is a joy to behold. Hoarfrost Reach is way more varied and interesting than one might expect a snowfield to be, the new hub area is both beautiful and perfect in its functional design, and the new monsters look amazing – you've never seen returning beasts like Tigrex and Nargacuga in this much detail outside of CG art and prerendered cutscenes, and they look absolutely incredible.


Slash, stab, and blast your way through the lengthy campaign and you'll reach the real meat of any Monster Hunter release: endgame. While World's endgame was a fairly freeform affair centred around finding and completing Investigations for powerful Tempered versions of monsters, Iceborne has something a lot more structured as well as that. The Guiding Lands is a brand new map made up of biomes that reflect the rest of the game's locales. The monsters that appear there change every time you visit, and the interconnected nature of the various habitats means it's possible for monsters from different climates to meet (and fight) one another for the first time.


A ton of new options

As you hunt and gather in this strange region, each area gradually grows in rank and attracts more dangerous monsters – soon, Tempered beasts can appear (and their materials are needed for the new augmentations on weapons and armour), and later, Elder Dragons and even entire new species. It's a whole new way to play and the constantly evolving nature of this space makes it really interesting, plus it's hard to burn out on it – while you do need the unique materials dropped by Guiding Lands monsters for some things, crafting components for weapons and armour are more readily available in regular hunts.

It also helps that there are a ton of new options to help keep the action varied, such capturing and recording endemic life from each region (not a new feature per se, but creature sizes now being tracked does make it feel like one), documenting the local tribes with a new camera-like device, finding and creating new furniture for your home, gathering fuel for the Steamworks... hunting and slaying monsters is now just one of many reasons to venture out into the field, and it feels more than ever like you're actually part of the research team the story portrays.

Monster Hunter World: Iceborne is everything a good expansion should be. It's packed with new stuff to do, the changes and additions make even going back to old fights exciting again, and there are just so many little quality of life improvements across the board. With the monster count doubling in size, there's exponentially more potential for mayhem in the field, and you never know what unseen threats might be lurking in any given area, nor how they might interact with your target monster. Newcomers will face a staggering amount of content across the base game and Iceborne, while even seasoned veterans who did everything in World will get hundreds of hours of fun out of everything Iceborne has to offer. The best Monster Hunter game just got even better, and we'll be playing this for months to come.

Bloodstained: Ritual Of The Night Review