Prison Break... on a train 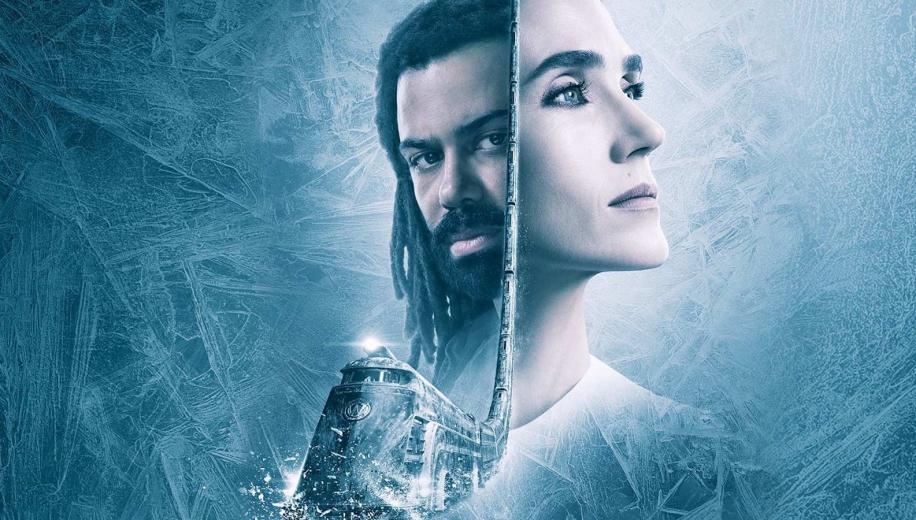 The highly anticipated Snowpiercer series launches with a two-part opener that, for good and bad, vastly deviates from both the source novel and Bong "Parasite" Joon-ho's 2013 adaptation, largely dropping the social commentary, satire and horror themes in favour of something that feels more like a train-based Prison Break.

The original 80s French graphic novel had some teeth, charting a bleak tale of survival and class struggle in an unusual setting, with the 2013 film adaptation choosing its own course, playing out like a fantastical fable dashed with horror, comedy, and hints of Terminator-esque relentless tension, as Joon-ho conjured up his own slant on this train-based microcosm of the world. It's something of a minor modern masterpiece, largely underrated and underserved, but it also left plenty of source material on the cutting room floor, with a much more epic tale ready to be told if they really wanted to bring this thousand-car voyage to life in all its glory.

In development for several years, the TV series' production woes are almost as bad as the release woes that the 2013 movie endured, with Josh Friedman (creator of Terminator: The Sarah Connor Chronicles, writer on Spielberg's War of the Worlds and one of the many co-writers on Terminator: Dark Fate) originally leading the production as showrunner, and Doctor Strange's Scott Derrickson directing. They turned in a pilot which Derrickson would later reflect on as one of the best written pilots he'd ever read, and some of the best directing work he'd ever done, but when it was picked up for series, Friedman was unceremoniously replaced and Derrickson was asked to reshoot the pilot, ending up replaced himself when he refused to do so. Orphan Black creator Graeme Manson would take over with Brit TV director James Hawes (Doctor Who, Merlin, Black Mirror) far more open to the reshoots that had been demanded. Some of the cast and production crew were too lost along the way, and the end result is - unfortunately - far more formulaic and safe than fans might have been hoping for.

The good news is that the new Snowpiercer series does its best to distance itself from the far superior film, clearly suffering worst in its moments of direct comparison (the arm-freezing scene is hardly shocking this time around, and has none of the impact), but getting points for changing the tempo slightly, even if the threat of going straight to police procedural instead hardly comes across as an 'upgrade'.

It wields the same basic premise - global warming is curtailed by extreme science which backfires and freezes the world; a 'perpetual engine' 1000-carriage train is put into motion to loop the earth, with only the richest aboard, whilst a few dozen stowaways in the tail struggle to survive when they jump on at the last moment. However, it soon deviates, changing up a gear as it explores the train's class structure through the eyes of 'released' tailie, Layton, an ex-cop whose skills are required to solve a murder mystery amongst the higher ranking individuals in the train.

Production budget looks to have been limited - an animated prologue was a good way of avoiding shoddy effects, but even brief moments like the aforementioned arm freezing look pretty cheap in terms of CG - and the tone isn't always consistent. Clearly desiring to have an 'R' rating just for status, we get bursts of sex and violence (Susan Park's nude fishing was a surprise), but the show is too slick and manufactured to actually have any kind of grit about it, and the fatal flaw is that basically you don't give a damn about a single character involved.

Daveed "Blindspotting" Diggs' least likely homicide detective is a terrible lead, never convincing when investigating the murders (themselves not in the least bit compelling), nor exhibiting any kind of chemistry with any of the various women he appears to be involved in across the train (Sheila Vand is woefully miscast too, and a rumoured recast from the pilot), but for perhaps Mickey Sumner (American Made), who is a pretty good partner in the investigation. As a result of the casting you neither care for the plight of the 'tailies' nor the path of the lead, Layton, as he explores the carriages beyond. Chris Evans may be intrinsically tied to Captain America forever now, but you'll long for him back in the lead, with very little beneath the veil in these characters and some awful dialogue (the throwaway 'story' about cannibalism doesn't make any sense, let alone have any impact).

Indeed it's left largely to the ageless Jennifer Connelly (Alita, and the upcoming Tom Gun: Maverick) to command the production, and after the premature revelation at the end of the first episode, you'd almost wish the show had been engineered entirely around her and the arguably more interesting angle of just what it takes to maintain balance within the closed ecosystem of this perpetually-moving thousand-carriage planet.

Snowpiercer deserves so much more than dashes of crime procedural set against a Prison Break-esque backdrop, and it's somewhat surprising that this series has already seen a second season not only commissioned but almost completed. Perhaps we can hope that, like in the old days, this show will get better as it goes along, but with the same showrunner attached hopes won't be high, and it would have been interesting to see what a "Zack Snyder cut" of the pilot would have been like, with this latest adaptation coming across as little more than a well-advertised, miscast, missed opportunity.