Rage, rage against the dying of the fight 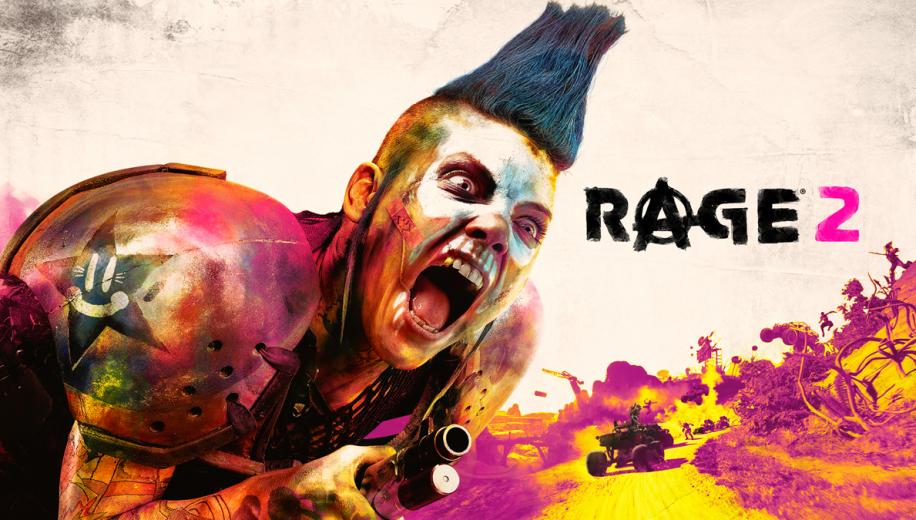 On paper, Rage 2 has a heck of a lot going for it. It’s a frenzy of blood-soaked carnage that has the Just Cause developer at the helm – a franchise that helped define the simple delights of putting style above substance in a glorious bundle of explosions. It has been produced in collaboration with id Software, the developer that reminded us all how great first-person shooters can be with its recent Doom reboot. And for a game set in a post-apocalyptic open-world environment, you could do a lot worse than being published by the studio that brought us Fallout. We could tell you about the story, but there really isn’t much of one and it’s largely irrelevant anyway. It’s set 30 years after the original (released way back in 2011), which you don’t need to have played to follow this sequel – but if you did then there’s some nice correlation with returning characters and some locations you’ll remember that have all aged well in the intervening years. But those aren’t the important details. What is important is the fine art of wading into a crowd of bad guys and splattering them across the screen in a variety of highly creative ways.

Getting started in Rage 2 reminded us of the likes of Far Cry and many other of its ilk (Borderlands being another obvious example). After a brief burst of action doubling up as a tutorial, you’re sent out into the big, bad world with only a couple of basic weapons and a can-do attitude to kick-start the fight. From here, you’re absolutely free to go wherever you like, starting random firefights and discovering (and possibly destroying) new locations on a fairly regular basis.

The story points you towards three key figures who’ll each act as a central hub for your ongoing exploration and are deliberately spaced out, so if you’re exploring organically you’ll likely find them in a rather natural order. But there’s no need to seek them out in a hurry and, after just a couple of hours, our map was teasing us with a large variety of camps and mutant dens to head for instead.

Admittedly the sole goal of, well, everything, is largely just to kill a bunch of people and maybe blow a few things up, but we didn’t head to these places expecting some kind of meaningful dialogue. And with the killing over and done with there is the added option to track down the given quota of loot stashed away at each location (tip: if you’re the completionist type, Dr Kvasir enables you to unlock a scanner to make finding them a little easier). There is a simple joy in blasting the many goons, bandits and mutants that are spread across Rage 2’s rather sparse landscape – it is a post-post-apocalypse after all, but even so there’s not a lot of creativity or visual variety on display. However, where the game really begins to stretch its legs is when you get into its vast upgrade system. It’s probably too convoluted for its own good, using numerous currencies/collectables and requiring lots of fiddling in the menus to figure out, but once you do it’s like being let loose in a playground with a bottomless toy box.

To explain them all would fill this page, but alongside your core weapons and throwables, you also have a selection of super-abilities which can be a whole lot of fun. You’ll start with Shatter, which is basically a mega-melee hit, but will unlock more as you go, with the ground-pound Slam proving a great way to clear a crowd while the double jump can really transform the way you navigate the environment. Not only can all of these be upgraded, they also have loads of perks attached for added in-game buffs which you can buy with the right currency (all the more reason to shoot-then-loot everything) – and the same goes for your fleet of vehicles, plus there are ‘Projects’ offered by each of the hub characters that offer even more ways to fine-tune your character.

Added together and there’s a bafflingly brilliant array of ways to tailor the game to suit your own playing style. Though curiously, besides choosing from a male or female lead at the very start, there’s no other way to customise your appearance – apart from some weapon skins which can also be bought with some ridiculous micro-transactions, because who wouldn’t want to pay £4 to make their shotgun shinier? Taking your ever-developing skills into the outside world might seem a little hit and miss, depending on what you’re looking for. As mentioned, the story is almost non-existent and all of the intermittent in-game dialogue and background info was of little interest. Tied into the understandably bleak and frequently lifeless backdrop and it’s not likely to be a world you’ll find yourself personally immersed in. So, if you’re looking for that kind of rich and rewarding open world ripe for exploration then Rage 2 isn’t likely to sit well with you. But if you just want some super-slick FPS combat and the freedom to creatively kill a bunch of guys at your own speed, then it really does come to life.

In part, this is helped by the lack of a full health recovery system. If you take a hit, you can recover maybe 50% of the damage by finding cover but that’s it. In order to get back to full health, you’ll either need to use a health infusion (which handily can be crafted on the fly, even mid-battle as accessing the menus pauses the game) or by picking up a substance called Feltrite – which is conveniently dropped upon death by many enemies. The trick is that it fades away quite quickly, so you’ll need to be close enough to pick it up. This doesn’t enforce any kind of run-and-gun mentality, it’s more that it edges you away from safely popping off long-distance shots from behind cover and, instead, the game gently nudges you towards getting messy with a close-quarters shootout – and it’s all the better for it.

The Overdrive function gives a great burst of uber-power when you need it (think Doom’s ‘Berserk’ mode) and, thankfully, doesn’t take an age to refill as long as you’re still shootin’ folk. That said, we found every gun we used to be pretty damned potent by itself. Most use the aim function to add a secondary fire option, so while the Combat Shotgun on its own is mostly awesome, popping up the sights turns it into a single, narrowed pulse that obliterates shields, or better still the poor sap standing in your way.

We also found the Firestorm Revolver a lot of fun, as it not only unloads Magnum rounds with the fire button, but a tap of the left trigger then causes those same rounds to explode in flames – adding a deliciously violent injury to the insult, especially if those hit happen to be standing close to one of the many things that go boom. Using a handy hint in the menu, we also sought out the Grav-Dart, a twist on the infamous Grappling Hook from Avalanche’s Just Cause days, which enables you to snare enemies to walls and ceilings and slam them into it, or bounce them off the floor to hover mid-air for easy pickings, or better still just fire them off into the distant sky. That never gets old.

The vehicles are more of a mixed bag, and the Phoenix you have right from the beginning is probably the pick of the bunch until you unlock the Icarus gyrocopter for easy aerial navigation. Vehicular combat is decent enough but rarely feels like something you need to engage in. There are some convoys to take down which are enjoyable enough as you pick off the support vehicles before targeting the main rig’s weak spots, but that’s mostly it. Likewise, there are options for some in-game racing but if you’re even loosely familiar with the concepts of boosting and drifting, then they’re not too much of a challenge as long as you can avoid clipping the scenery and being sent flying. Although we would like to applaud the bloody two-second slo-mo you get when you pile through baddies at high-speed.

On a tech level, the game does sacrifice a few visual factors, with some loose textures and a reduced resolution (the Xbox One goes down to 900p but we really didn’t notice any problems with it), but this is at the benefit of the seamlessly fluent combat. If you’re playing on a standard Xbox One or PS4, the game plays at a near-flawless 30FPS – on the X or Pro versions this goes up to a buttery smooth 60FPS and it looks great in motion. The only disappointment is that neither enhanced console can provide 4K (they’re at 1080p) or HDR but the trade-off is a wise and justifiable one given how more often you’re looking at bloody entrails flashing across the screen than you are soaking up sumptuous vistas.

The absence of loading screens, except when you die or fast travel, is very welcome (if you’ve played Destiny 2…), although there are a few minor niggles, such as audio and the odd visual occasionally dropping out, supply crates being unnecessarily tricky to melee and it being annoyingly hard to actually see in some of the poorly lit interiors, but nothing that wiped the smile off our faces having turned another swarm of foes into a gooey pulp. It can be repetitive in this respect, but the variety comes from being willing to play around with the many tools at your disposal and finding some of the great ways to combo your weapons and abilities together.

Rage Against the Machine

If you’re after a deep and immersive open world experience, then perhaps Rage 2 isn’t for you. If you’re after a seamless all-action shooter experience on a par with Doom, then it might seem a little underwhelming as you bounce from one rather samey location to the next, nor does it have the charm or humour of the likes of Borderlands 2. However, if you’re after something that combines glorious balls-to-the-wall combat with a vast landscape ripe for looting on a quest to become the ultimate badass, then Rage 2 is a whole heap of fun.

If you simply chase the story quests you can be done in 10 hours and feel short-changed (and that time is boosted purely because you need to complete colour-coded tasks in order to level up each of the three hub characters) – but that’s really not the point of how Rage 2 should be played. We rushed perhaps two-thirds of the story for the purposes of this review and still passed 16 hours before we saw the credits, having cleared only a small percentage of the surrounding map. And with much more still to unlock and have fun with, we can’t wait to dive back in…