You’ll love it when a plan comes together… 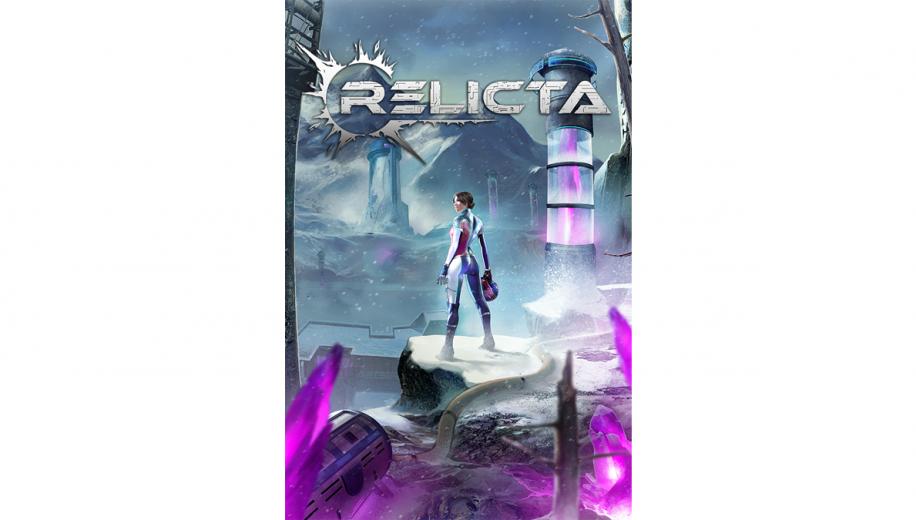 When you consider how beloved Portal was (and still is), as a wonderful bonus addition to Valve’s stellar Half-Life collection, The Orange Box, back in 2007, it’s perhaps surprising that more developers haven’t tried to replicate its success. Of course, the original Portal pretty much nailed the physics-based puzzler routine, bettered only by its sequel four years later, making them very difficult footsteps to follow in. However, in Relicta we have a very welcome addition to the genre  – and priced at just £15.99, it becomes all the more appealing. There have been a few notable efforts since Portal, with the likes of Quantum Conundrum and The Turing Test offering fresh ways to manipulate an environment in order to move onto the next escape room, and Relicta doesn’t really do a huge amount that’s going to reinvent the wheel. However, there are plenty of neat ideas and subtle twists that combine to make it as fist-pumpingly delightful as it can be soul-crushingly frustrating – which is pretty much the benchmark of any good puzzler.

The game is set 100 years in the future, with you taking on the role of a physicist working on a research base on a terraformed moon. At its heart is a strange rock-like artifact of unknown power and, well, you can probably guess that when strange things start happening you’re not going to fix them by just turning a computer off and on again.

The surrounding biomes do provide some more interesting settings

Much like all of the aforementioned games, Relicta feature a polished laboratory setting at its core. However, echoing the likes of The Talos Principle and The Witness, you also get to travel through some diverse biomes, from an arid canyon, to a tropical beach and an icy glacier. You’re still limited to a linear path linking one puzzle room to the next, although there are some collectibles scattered around your hub laboratory area if you do want to look around and they can add some extra layers to the narrative, but it’s probably the dullest of the backdrops.

The surrounding biomes do provide some more interesting settings and the developers have done a nice job in immersing each environment into the gameplay. On a visual level this helps to make things that little bit more interesting, although the graphics are solid rather than standout – although Pro and Enhanced versions do offer 4K UHD. In fairness, this relatively new and small studio (just five core members) has taken the sensible move of focusing on the physics and nailing the gameplay without getting distracted by unnecessary cutscenes or visual extravagances. For example, rather than crafting full 3D models of the characters, all faces are replaced by painted portraits seen only on photographs. The move does work well within the confines of the game, though. The picture quality is decent throughout and the framerate was steady; and with the Xbox One X version you’ll get a choice of favouring one over the other. Curiously, though, the game seems a little short in terms of audio. Despite flagging up an original soundtrack, there’s no music and minimal ambient effects during the puzzle sections, which might seem like an atmospheric misstep, but it does at least leave you free to focus on the many physical components scattered around each level, while trying to figure out just how the hell you can use them to reach, and then unlock, the exit barrier.

Where Portal had its titular portals as the key puzzle-solving device, Relicta employs magnetism. By applying negative or positive polarity to any applicable item you can either attract objects to each other or repel them away. Throw in an anti-gravity option to raise things up (or drop them down) on a vertical axis, or float endlessly through the air on the horizontal – with various trickery to add extra angles in-between – and you’ve got an increasingly complex playground to figure out.

An increasingly layered challenge to get both you and a box (or four) into the right place, but often via very different routes

As with many similar games, pressure plates need to be activated, switches pressed and so on, with some very companion cube-looking crates required to be moved around each map – but here they’re called ‘boxes’ so this is obviously no more than a homage to Portal’s bestest buddy, right? By applying the right kind of magnetism and gravity to these boxes, along with the many pads and plates they can stick to that are very purposefully placed in each room, you’ll have to find increasingly inventive ways to shift these boxes into key locations and make your escape.

Initially things start off pretty simple but it doesn’t take long for the rooms to get bigger and the puzzles to become more complex and more three-dimensional. Different barriers are placed in your path, some that you can pass through but boxes can’t, and vice-versa – and so it becomes an increasingly layered challenge to get both you and a box (or four) into the right place, but often via very different routes. As is often the case, the best course of action is usually to find the exit barrier and then work backwards to help find the right sequence. When you’re dealing with raised sections, one useful tip is to use the game’s photo mode which lets you raise the camera up to get a look at places you might not be able to see on foot. However, the good news is that you can’t really mess things up beyond repair, with a reset option if you somehow do, or just want to start over.

The only times we ever got stuck were because we missed a trick and couldn’t see the solution in front of us – most often when we forgot you can stand on a box before using a magnetic pad to launch it, and yourself, into the air or flying across a ravine. It can be exhilarating when you finally nail something you’ve been trying to figure out for an hour. The only real issue is that the entire game is a linear adventure, so if you do get stuck on any one puzzle, then that’s it, you’re stuck.

It applies to most puzzle games but it rings especially true with Relicta; it is very much a case of ‘it’s easy when you know how’. We spent ages walking around the same map thinking it must be broken or we’d missed a switch somewhere, only to then realise something simple, like using one magnetised box to pull another through a gap (while we stood on a pressure plate to lower a restrictive barrier, for example) or lining up the right sequence of polarised plates to ride a box on a zig-zag path rising up over a ledge. The frustration of those trickier moments only serves to feed that sense of relief and satisfaction when you do finally see the solution – and it’s something that you grow into the longer you play the game. Early on you might feel a little underwhelmed with both the story and the gameplay, but as more layers get added things get a lot more interesting. A rather obvious twist in the narrative makes the latter stages a lot more interesting – though it’s not playful in the same sense that Portal was with the whole GLaDOS effect, and it’s worth noting that there are more than a few F-bombs here to warrant a PEGI 16-rating.

As for the game itself, there’s certainly a growing sense of enjoyment to be found as things evolve and you immerse yourself into the action.  As the challenge increases, so does your own sense of intelligence or in-game awareness, and there’s a smug satisfaction in seeing the complex path you need to take several steps in advance. Of course, there’ll still be levels that’ll have you swearing at your screen, only to facepalm when you realise the very obvious solution you missed, but you’ll learn to love and embrace the challenge more and more as the game goes on.

As mentioned, you can’t really ‘fail’ a level and there’s no punishment for random trial and error, which is often the best way to play around with a new puzzle. The chances are we found a few ways to get a box around a room that wouldn’t have been in any official walkthrough. That said, this free and easy approach to the game’s physics does work both for and against Relicta. On one hand it does mean you can find unconventional ways to find a solution, which you won’t begrudge when you consider how much easier things would be if you could simply lift a box up to chest height, clamber up a small ledge or crawl through a narrow gap – but you can’t. There are plenty of small victories to be won just by finding novel ways to manipulate two boxes against each other to navigate an obstacle.

On the other hand, it does also mean that sometimes a very simple solution becomes unnecessarily tricky, such as trying to pull a box down from a raised ledge. Of course, it could just be that you’ve missed an easier alternative but it’s a game that does just feel a little rough around the edges when some more seamless solutions would have been preferable. Also on a few occasions, the option for picking up and dropping boxes would become unresponsive, and it’s just within these little elements of polish that Relicta really comes up short. Although Relicta doesn’t do anything particularly unique within the genre, it’s an accomplished and ultimately immersive title that has plenty to appease puzzle fans - and at just £15.99 it delivers great value for money that might even entice a wider audience in for a look. It might take you a little while to really warm up to the gameplay, and to the surrounding narrative, but it delivers a sturdy challenge without being overly harsh or restrictive.

Technically it’s a little rough around the edges but there are plenty of good ideas that are impressively implemented throughout to keep the puzzles feeling fresh and the solutions just within your fingertips. When you do finally make your way through a particularly challenging room, the pure joy and relief you’ll feel makes Relicta a game that's well worth a look.

Destroy All Humans Review (Xbox One)

Beyond Blue Review (Xbox One)