No, nobody's a saint here. 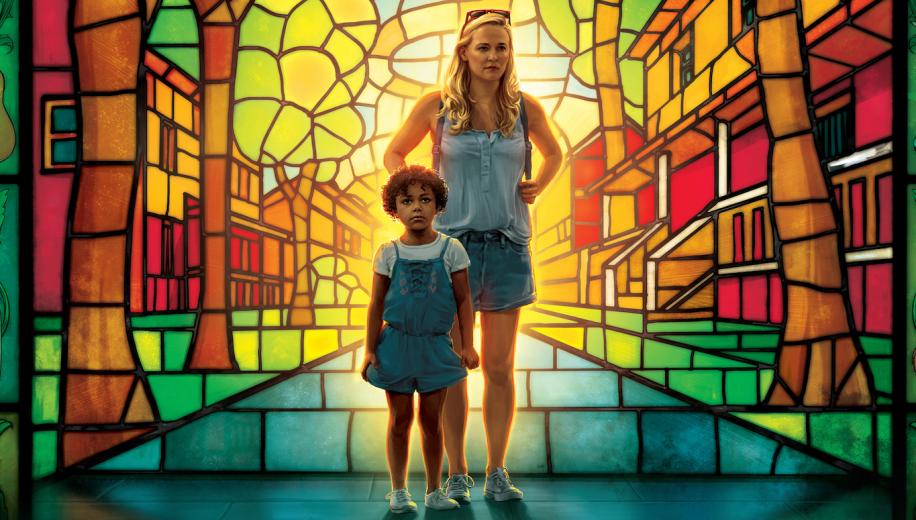 This year's Florida Project affords an honest slice of observational drama, tackling weighty issues with a breezy attitude that belies its depth of understanding.

Originally set to go straight to PVOD, festival darling Saint Frances secured a last minute reprieve, becoming one of the first new films available as UK cinemas reopened earlier this month. For those who are understandably still hesitant about venturing out - and are perhaps not even likely to be tempted until something big like Tenet drops - this absorbing indie flick may not land a digital release until October now, but it's well worth adding to your list, making for a thoughtful and compelling bit of honest drama.

34 year-old Bridget has little direction in her life, landing a job as a nanny despite zero experience and very little interest in being around children. Her 6 year-old ward, Frances, is challenging to say the least, and things get more complicated when one of her mums exhibits signs of post-natal depression following the birth of their second child. Of course Bridget isn't cut out for any of it - nor for her own issues at home - but she's going to give it her best shot.

﻿Saint Frances is one of those snapshot-of-real-life kinda dramas that draws you in on relatable subject-matter and incidental Adam McKay-esque comedy. It's witty, but only in how mad situations can actually get - how mad real life can get - revelling in the painfully honest and painfully awkward.

The largely unknown cast are superb in their roles, with Kelly O'Sullivan brilliantly aloof as the going-nowhere protagonist who may not have quite found her purpose but sure as hell won't be dictated to by friends, family or societal expectations. The kid who plays her ward is aces too, annoying enough at the outset, but clearly from a family background that is not without its own issues. The parents are also great, and the film manages to squeeze in a plethora of weighty issues rather effortlessly, and organically, ranging from that post-natal depression to the pressures of being a working partner who knows her other half is barely holding it together, from commentary on contraception, unwanted pregnancy, and abortion, as well as the expectations that both single thirty-somethings and parents put upon themselves. Not one of these ideas feels forced or crow-barred into the narrative, yet in the 100-odd minute runtime, Saint Frances addresses them all, and doesn't pander to expectations either in the answers it gives.

Cinema might be struggling to find a heavy hitter to give it the comeback story it really needs, but the likes of Saint Frances and Proxima show there are still plenty of quality smaller productions that can be rolled out, worthy of your time and attention, thoughtful and poignant but not pretentious or presumptuous. And at the least, the release landscape is shaping out to be a hell of a lot better than back when people were looking at Black Water: Abyss.

And if you don't want to take any risks - which is equally understandable - then Saint Frances will eventually get a home release, affording audiences the best of both worlds. But gifting it a full theatrical window isn't such a bad idea and, presumably, it stands a better chance at Awards recognition now too. Whatever option you choose on how to watch it - whether you go for sooner, or later - it's definitely worth checking out.