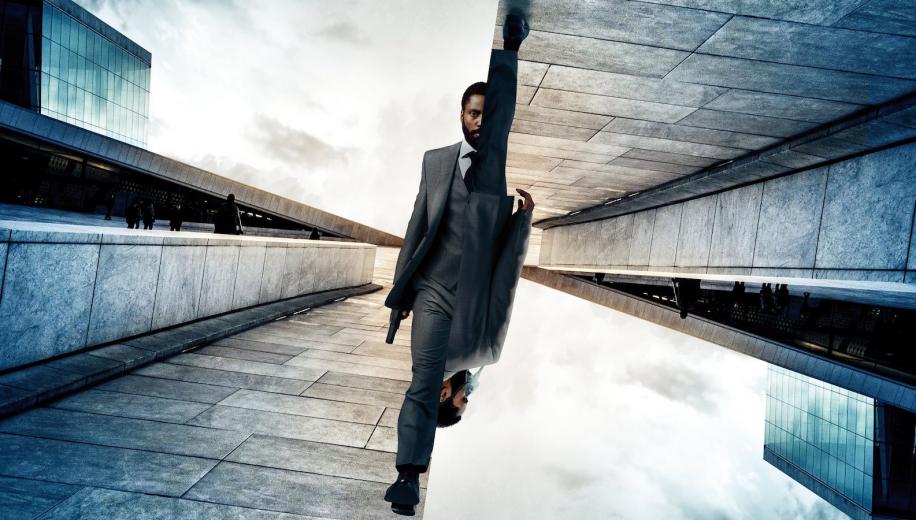 The jury's out on whether this will reignite the fire for cinemas, with Nolan's latest suitably epic and tremendously Bond in moments, but also painfully convoluted, and frustratingly obtuse, robbing viewers of a completely immersive, engaged ride, and sapping tension as a result.

It's a hell of a career. In 20 years we've had everything from Memento, Insomnia, The Prestige and Dunkirk, to The Dark Knight Trilogy, and his tour de force mind-and-time-bending masterworks Interstellar and Inception. Obsessed with time, his latest has reportedly been decades in the making, and with rumours of it being a spiritual sibling to Inception, expectations were unsurprisingly high.

Certainly Nolan goes all-out to embrace his temporal trademarks, taking you on a mind-bending, brain-breaking paradoxical palindrome of a journey that is as unique as anything else he's ever done. It sits right up there with Inception and Interstellar in terms of high concept insanity, and comes complete with Dark Knight Rises / Interstellar levels of booming bass and incomprehensible dialogue. His setpieces are tremendous, and this is pure, utter, sheer Big Screen entertainment at its best, but it's not quite Nolan at his best, lacking the heart we have come to expect from him.

On a Bond level, it's largely exceptional work

After a dangerous counter-terrorist operation, the unnamed 'protagonist' finds himself drawn into a potentially world-ending plot that involves a billionaire arms dealer, his beleaguered wife, and some iffy science/physics/time stuff that makes for some innovative action setpieces the likes of which you will have never seen before.

Has Nolan gone too far? It's probably a question many will ask after having seen this film, which has unsurprisingly generated a degree of marmite reactions, both critically and from audiences. It's a very clever movie, stitched together seamlessly no doubt, but it will barely make a jot of sense on a first viewing (you can put together stretches of the narrative, but only hazily, without a great deal of 'ah, yes' to it). And it feels a little like Nolan has spent so much time - years perhaps - fashioning a plot that quite literally works back-to-front, that he's forgotten that he needs to give people a reason to go on this ride. Well, other than... 'it's a Nolan movie'.

Inception had DiCaprio desperate to see his kids again, a heartbreaking backstory involving his dangerous enigma of a dead wife; Interstellar had the father-daughter relationship at the heart of its painful "You'll be older than me when I next see you" arc - whilst Dunkirk had the excuse of the War to act as motivation in its more forgiving, lean duration. Here, the threat of a Third World War should be an equivalent drive, but it's a long ride, with Nolan so very bogged down in unfolding an impossibly intricate plot, that he completely forgets to give any of the characters a reason to be there in the first place - and you a reason to care.

Still, on a Bond level, it's largely exceptional work - with John David Washington (close your eyes, and it's Denzel all the way) a superb proto-Bond, effortlessly charming, witty, and absolutely assured in his hand-to-hand dispatching of henchmen (the kitchen scene is pure Bond). Debicki appears to be auditioning for a Bond girl too, at least one for the modern age, gifted a strong character with possibly the best arc, and her electrically tense scenes opposite Kenneth Branagh (rocking another fairly effective Russian accent) are certainly a highlight. Pattinson is basically Tom Hardy's character from Inception ported over to this movie, complete with posh Brit accent, but he makes for a strong sidekick. Branagh is better than any Bond villain we've had since Casino Royale, and truly menacing, on both a personal and global level. Certainly his motivations are much more personal - and thus more compelling - than those of Washington's protagonist.

For bringing us back to the Big Screen and giving us the first thing in months - possibly even this year - to really talk about, he deserves a hell of a lot of praise

But Nolan doesn't really have time for more than his dense plot, which he chooses to try to explain to use in several scenes of barely comprehensible (the sound mix on this one is deafeningly low end) monologuing where he appears intent on convincing us to go along for an insane, impossibly convoluted ride, and profess at every stage that 'this makes sense'.

Ignoring making sense of it all, you can still go along for the ride, and boy, what a ride it is. The opening set piece is fantastic, exceptionally tense, the India raid impressive, even the boat race was epic in scale, and that's even before he pulls all of his innovative tricks out of the bag to 'invert' everything you might expect from a car chase or a grand finale. It's stunning Big Screen insanity, robbed of a place alongside his master works because it just doesn't have the same weight come the final act. A few rewatches will undoubtedly reveal secrets, but that's not quite the same, and it'll never come close to the multi-finale impact of, say, Inception, which remains the pinnacle of his works. He's an amazing filmmaker, but if he took a decade to figure out the plot to this, he should have spent a little longer figuring out a way for us to get behind it in two-and-a-half hours. Still, for bringing us back to the Big Screen and giving us the first thing in months - possibly even this year - to really talk about, he deserves a hell of a lot of praise nonetheless and a 7/10 Nolan film is easily an 8/10 in comparison to every other damn movie out there.