The Circle of Life: the Lion King gets the live action treatment 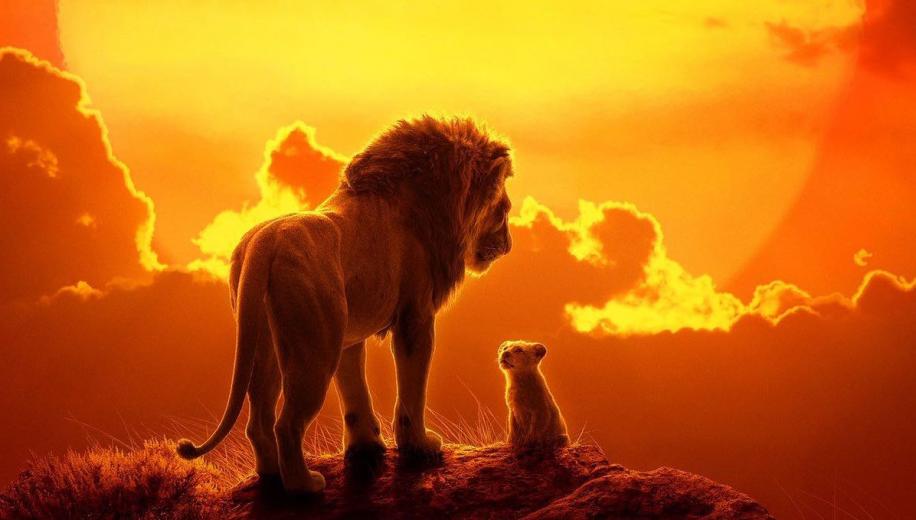 The latest in the long line of Disney 'live action' remakes, The Lion King is a beautiful film, even if it has all been done before.

It’s become understood as the cinematic circle of life… a classic film is beloved by generations becomes a cultural touchstone – then it’s remade. Reimagined, redesigned, redone. And so we have come, inevitably, to The Lion King take two. Released in 1994 as part of Disney’s golden age of animation, the Hamlet-reimagined-with-animals film has become simply one of the most well-known, famous and iconic films of all time.

2019’s iteration comes hot on the heels of countless other Disney ‘live action’ remakes of animated classics. Just recently we’ve had Dumbo, Aladdin and Cinderella, with The Little Mermaid and Mulan coming very soon. On the one hand, it’s an admirable show of technological advancement and, presumably, a way to allow a whole generation of young cinemagoers the chance to have The Lion King be the first film they see on the big screen. On the other hand, it’s a potential symptom of what many believe to be a lack of imagination and prioritisation of big studio money over making new cinematic classics.


The film is beautiful, well-made, well-acted and pretty well-paced – but if ever there was a case for no more remakes, it’s this

Either way, most people were at least intrigued when The Lion King was announced, with Jon Favreau (acclaimed director of Disney's 2016 reboot of The Jungle Book) at the helm. Before long, a veritable solar system of stars was announced amongst the cast; Donald Glover as Simba, Beyoncé as Nala, Chiwetel Ejiofor as Scar to name just a few big names, with Seth Rogen, John Oliver, Billy Eichner along too. The iconic James Earl Jones reprised his role from the original animation as Mufasa.

From the first instant of the film, it’s clear that the ‘live action’ CGI work is of the highest possible standard – it genuinely looks like a David Attenborough documentary. The animals are extraordinarily brought to life, from hyper-real movements to almost tangible fur and whiskers. Take the time to remind yourself, with each scene, that none of this is real. This entire world, from the gently rippling river to the crumbling gorges, the quivering leaves to the perfectly spherical ball of dung (that actually plays quite a big role), has been created by the team behind the film. There are moments where the film is stripped right back – no music, no dialogue – and the soundtrack is filled with the sounds of African wildlife. This, combined with the film’s decidedly muted tones – it looks like a real landscape, rather than a Hollywood-ised one – and the incredible artistry make for a genuinely stunning experience.

This hyperrealism does have its drawbacks, however. As it turns out, lions don’t really… emote like humans (or cartoon lions) do. The point of Disney’s animations was always that these were loveable, relatable characters. Human-like, cute, and generally adorable. In Favreau’s The Lion King, we’re presented with what seems to be really very real lions (disregarding the celebrity voices and singing, etc). It’s a little bit off-putting when they’re singing, and when big moments of drama and pathos happen, we’re really just looking at two lions staring blankly at each other. It’s actually a bit of a shame this is Disney’s The Lion King – if this was its own film about a different group of animals who didn’t sing and didn’t come with all that cinematic baggage, it would be one of modern film’s biggest triumphs.

Comparing this film to the animation is a slippery slope – the 1994 film was hand-drawn to be a fictional version of Africa, with cartoon animals brought to life through animation, singing and humanoid actions. This film isn’t that, nor is it trying to be: sure, it’s the same story and the same characters (Disney’s paying for this, after all), but it’s a whole new genre of cinema. Calling it ‘live action’ doesn’t really do it justice – consider that there isn’t actually a camera filming what we see on screen; a huge team of artists created every gust of wind, every hair, every twitch. Again, the realism must be seen to be believed, and it should be enjoyed in its own right. If nothing else, this film is aesthetically astonishing.

2019’s film doesn’t really add to the familiar plot, nor does it really cut anything out – which means it does feel a little longwinded in parts. Plus, for those of us acquainted with the animation (or Hamlet, for that matter) we’re basically watching a shot-for-shot reboot of something we’ve already seen. Some of the voice acting is fantastic (Eichner and Rogen steal every scene they’re in, and Oliver is perfection), while Simba isn’t really enhanced in any significant way. Ejiofor’s Scar is cunning, sarcastic and cold, with a markedly different look to the camped up black-maned lion from the animation. And, of course, James Earl Jones is… James Earl Jones (read: iconic, emotive, perfection).


The trouble is, there wasn’t really any reason to have another bash at The Lion King

The trouble is, there wasn’t really any reason to have another bash at The Lion King. Presumably this release was about showcasing Favreau and his crew’s truly mind-blowing skillset… but for some reason, it hasn’t occurred to any execs to try it out on a new story. This film is, technically, gorgeous – the very first shot of the sun rising over the plains almost justifies turning up at the cinema on its own. In 3D IMAX, it's even more immersive, opened out with the expanded 1.9:1 ratio. Somehow, although there’s nary a shot or plotline missing from the original, 2019’s version has a little less… heart.

As we all know, it’s rarer than a vegan lion to find a remake that’s received better than the original was. Rest assured, there are no big cats chugging green juice in this film. The film is beautiful, well-made, well-acted and pretty well-paced – but if ever there was a case for no more remakes, it’s this. Every part of it is perfectly fine, and yet it still doesn’t feel quite right. You know what’s going to happen with each beat, there’s no mystery or shock or real emotion to be squeezed from each perfectly coiffured scene.

Then again, the visuals are so sublime that it’s very easy to lose yourself in them and simply spend the whole time in love with nature and vision and the senses. Marvel at the wizardry on display, laugh at Timon and Pumba, and don’t lose sight of the fact that this is a fantastic achievement of cinema (even if it’s not as childishly fun as the first one). It’s a really beautiful film – it can take plenty of pride in that.