The dysfunctional X-Men are back for another apocalypse 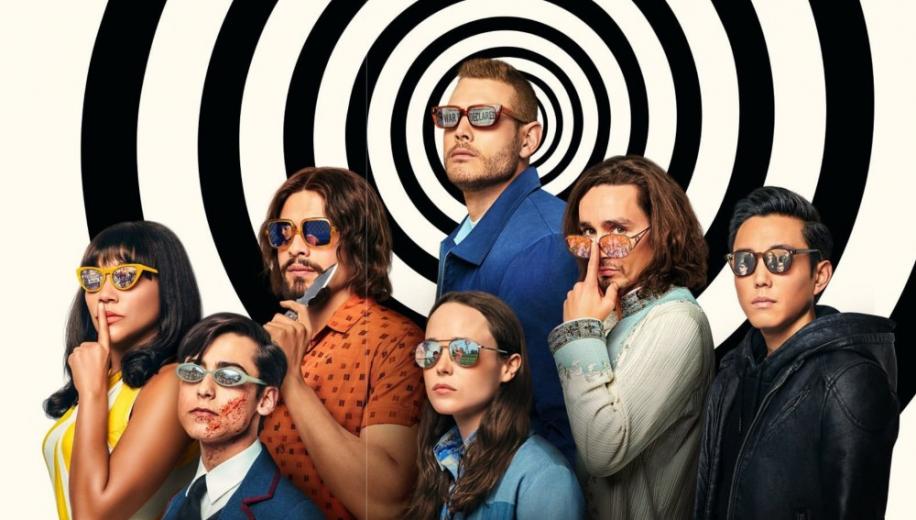 Netflix's answer to DC's Doom Patrol made a hell of a bow in its first season, here struggles to quite find a purpose in its sophomore year but still provides a bloody entertaining diversion.

The Umbrella Academy was more than a pleasant surprise on Netflix; buried amidst a slew of bang-average standard fare from the streaming behemoth, with the potential to be just another based-on-a-comic book Netflix production (c.f. Cursed), in an already bursting-at-the-seams superhero sub-genre, it managed to find a strange distinctness and originality, feeling more than a little X-Men in terms of its family of gifted individuals and even going a bit Dark Phoenix towards the end, but somehow working in a distinctive look, refreshing vibe and colourful cast of characters to hook you into yet another superhero production.

In an already bursting-at-the-seams superhero sub-genre, The Umbrella Academy managed to find a strange distinctness and originality

The superb cliffhanger end to the first season - travelling back in time to stop the apocalypse - paves the way for one hell of an opening scene (which has been previewed for some months), with the team's jump into the past leaving them separated in different times, and caught up in a change in history which leads to its own apocalypse. Man-child Five now has to jump back farther, and get the team together before they cause a second apocalypse, and that's even before they figure out what to do with an amnesiac Vanya - who caused the first.

Much of the first season was spent putting together this family of adopted misfits. The repressed and ultimately dangerously super-powered Vanya (Number Seven), who can use sound waves to destroy things, and who just about hates everybody else in the team; the super-strong, ape-infused Luther (Number One), who is secretly in love with the mind-controlling Allison (Number Three), whilst the hot-headed can-hit-anything-with-a-knife Diego (Number Two) likes to argue with everybody over everything, and the flamboyant bohemian Number Four mostly enjoys drugs but can also see dead people - and occasionally bring them temporarily back to life zombie-style (he also has a love-hate relationship with the deceased Number 6). Number Five? He's a teleporting time-jumping adult who's jumps have left him in his own 13 year old's body.

Sure, if you squint your eyes and think about it too much, you've basically got Jean Grey, The Beast, Bullseye, Professor X and Nightcrawler amongst others, all put in a bit of a blender, but The Umbrella Academy still feels different, enjoying its playful nomenclature (the Numbers their dad called them by), the clandestine groups that are operating in the background, and the more down-to-earth messes they get themselves into, not to mention the individual look of the show, with cool hues that give it a classical feel.

It's a shame really that, after forcing the estranged family back together following the apparent death of their 'father', and giving them a purpose in Season 1 - to stop an apocalypse that may be perpetuated by one of their own - Season 2 wastes a considerable amount of time... getting the band back together, again. Yes, the new lives are interesting, with each character dealing with their alienation differently - from starting a cult to getting locked up in an asylum to getting married - but the underlying threat simply doesn't seem like much of a priority (a problem Condor Season 2 also encounters), thus diluting the tension, which really only comes in the form of a fabulously determined trio of unstoppable assassins. The last few episodes are tremendous - the seventh episode in particular is great, and ridiculously tense - but honestly, with some decent editing, or better script work, it could have easily been the fifth episode in a much leaner, slicker 8-episode run. Perhaps that's part of the Netflix curse.

Season 2 wastes a considerable amount of time getting the band back together, again

As with the first season, much of the enjoyment in the show comes from the smaller vignettes with the colourful characters themselves. The new addition of Brit actress Ritu Arya is genius; she's deliciously intoxicating and desperately, hilariously manic, a little like Aubrey Plaza's character in another similarly themed eccentric superhero group show, Legion. It's interesting going back over the history of Colm Feore's Father, with the Quantum Leap jumping intersecting their lives before he even thought about getting married, let alone adopting a band of misfits. And Tom "Game of Thrones" Hopper and Emmy "Hamilton" Raver-Lampman's chemistry is still off the charts. Ellen Page is a lot more tolerable when she finds her happy place with Sneaky Pete's Marin Ireland, but you just know that's not going to last forever. It's also worth taking a second to think about the fact that Aidan Gallagher is actually just a kid, because he does a damn good impression of an adult in a child's body.

Season 2 uses all these great ingredients to turn in a very solid sophomore effort, well worth watching and even binging, but after the superior first season it's hard not to feel a tiny bit disappointed that this wasn't quite as good. It's still one of the better franchises under Netflix's umbrella, so don't be put off by the fact it's not as good, or by the unforgiving shackles of an out of 10 score - there really are no complaints about having this eccentric, dysfunctional family back for a second 10-episode salvo, and fans will love the last few episodes and rightly hope that they at least get another year to hone the show.